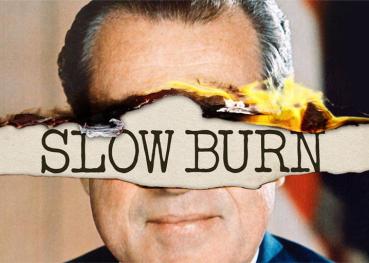 Slow Burn is a podcast about the Watergate scandal, which resulted in the impeachment of U. S. President Richard Nixon in 1974.  Since I first listened to Serial, I’ve become a fan of podcast miniseries that cover one topic in-depth.  I tend to be open to different types of subjects, but I do have a significant bent toward true crime.  I decided to try out Slow Burn because it appeared quite often in 2017 year end lists of best podcasts and true crime plus an important political scandal seemed like a combination that would make for a good listen.

It was a good listen, but I didn’t enjoy it as much as some others have.  Of course, the Watergate scandal is fascinating and all of the episodes provide interesting information and are well-produced, but I guess the podcast just felt incomplete.  As a Canadian, everything I know about Watergate comes from seeing All the President’s Men quite a few years ago and I didn’t feel like the creators provided a good overview of the basics of the scandal.  Further to that, while each episode deals with a different aspect of the scandal, I felt as though they didn’t connect together particularly well, as though there wasn’t much of a narrative through-line in Slow Burn.  It also felt a little short and like it could have been more detailed and a lot longer.

The feeling that the podcast is incomplete is problematic for me because the outlet that produces the Slow Burn (Slate) has locked a lot of extra content for the show behind a pay wall.  There are extended interviews and other content that you can access by purchasing a premium membership at Slate.  The premium content is marketed extensively in each episode of Slow Burn as “bonus content,” but it makes me wonder whether the podcast would feel more robust and complete and have a better narrative through line if I was willing to pay for it.  The second season of Slow Burn will be covering the impeachment of Bill Clinton:  interested to see if my feelings about it will be similar to the first season. 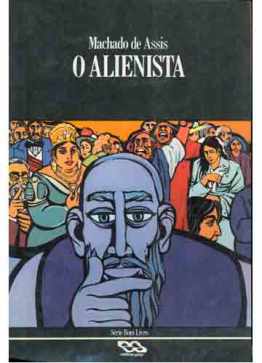 The Alienist is a 100 page novella written ca. 1881 by Machado de Assis, a Brazilian author who is often touted as the father of Brazilian literature.  February’s theme in the ONTD reading challenge was to read a book by a Brazilian author and The Alienist was one of the titles suggested by several other participants.  I’m glad that I chose this book because it was a nice change from what I’ve been reading recently and it’s been forever since I last read any short fiction or novellas.

Alienist is the 19th century term for psychologist/psychiatrist.  de Assis’ novella is a satire about a doctor, Simon Bacamarte, who moves back to his small home town in Brazil to open an insane asylum called Green House.  In line with his theories regarding madness, Bacamarte begins to commit more and more residents of his hometown to Green House, leading many to wonder who is actually insane.

The Alienist is an excellent satire on early psychology/psychiatry which examines how, depending on the expert’s hypothesis regarding the symptoms or nature of psychological disorder, he can find madness in just about anyone.  As Bacamarte’s hypothesis changes, so does the population of Green House.  Initially, I thought that this book might be a bit scary or creepy (I find depictions of insane asylums to be terrifying), but it is purely satirical and, given the length of the story, doesn’t go into much detail regarding the treatment of Green House patients or the institution itself.  I thoroughly enjoyed it and would recommend it to just about anyone who likes short fiction.